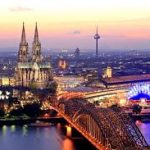 Germany is uniquely known as one of the most widely spoken language after English.  It is not surprising that German translation is greatly required in a number of various fields since Germany is the leading country in world business.  Germany is found to be the leading trade partner for all countries around the world including USA.  The German translation is not only a necessity in the business background but also in the medical field since a significant number of pharmaceuticals residing in the US come from Germany.  Therefore, the importance of German to English, and English to German translation is and will be considered high in the future as well.

LA Translation and Interpretation can respond effectively and quickly to your German Translation needs.  The professional German experts who are certified by the State of California in Court, Administrative Hearing, and Medical have had over 20 years of experience.  Each of our team members were selected based on their experience, language proficiency, the quality of their work and professional credentials and is also tested in his/her language combination and field before assignment.  Our German translation team provides professional service in translating for various areas of specialization including:

Our rates vary depending on expert certification and length/complexity of document.