Portugal’s Cities and Villages
Where to go in Portugal

Portugal’s largest cities are all majestically-sited by grand rivers and are a delightful mix of the historical and the contemporary — Lisbon is one of Europe’s most alluring capitals, while it is hard to beat charismatic Porto’s singular atmosphere and magnificent setting.
Coimbra, dominated by one of the world’s oldest universities also demands attention, but even more memorable is exploring the country’s timeless medieval towns (especially Obidos, Marvão, and Monsaraz) and picturesque coastal villages (such as Nazaré, Tavira, Ericeira, and Cascais).

Castles dominate the skyline, particularly in the enchanting province of Alentejo 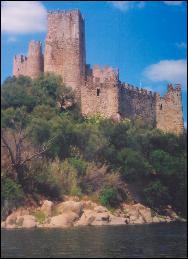 (a region characterized by stork nests, cork trees, and white medieval villages), but the most imposing are at Almourol, Santa Maria da Feira, Obidos, Leiria, and Porto de Mós. Most of them are romantic ruins, while others have been beautifully restored and now function as hotels called “pousadas” (no visit to Portugal is complete without a stay at one of them).

To go further back in time, admire the world’s largest outdoor gallery of Stone Age art in Côa Valley (a World Heritage Site), step through ancient Celtic settlements (Citânia de Briteiros), walk around mysterious prehistoric stone circles, megaliths, and dolmens (the one in Zambujeiro is the largest in Europe), and don’t overlook the fine Roman ruins in Conimbriga (with its excellently-preserved mosaics) and Evora (with its graceful Temple of Diana).

The Portuguese royal family became one of the richest in Europe due to the Great Discoveries, so the country’s extravagant palaces should also rank high on your list of must-sees. 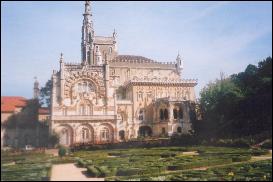 Pena Palace in Sintra (guaranteed to be one of the most romantic towns you’ll visit anywhere in the world) is one of the country’s most fantastic sights, while more royal splendor is found in Queluz, Mafra, and Vila Viçosa.

The wealth generated from the golden Age of Discovery also led to the building of some of Europe’s finest medieval monuments (in Alcobaça, Batalha, and Tomar), and the creation of great baroque treasures and architectural masterpieces with ornate stonework. Prepare yourself for some incredible and intriguing church interiors — Evora’s and Porto’s São Francisco churches (one completely decorated with human bones and skulls, the other spilling with gold), 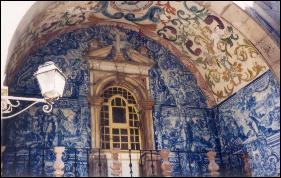 or Lisbon’s São Roque Church (showcasing one of the world’s richest chapels), are just a few examples. Just as striking are the huge blue and white tile panels covering entire interiors of train stations (particularly that of Porto’s São Bento Station) and churches (the most stunning of all being São Lourenço in Almancil).

For inspiring religious mysticism head to one of the most famous shrines in the world in Fátima, while the spectacular baroque sanctuaries in Braga and Lamego attract both the devout and the curious. Even more mystical sites are found along the coast at dramatic capes – Cabo da Roca is Europe’s westernmost point, while Prince Henry the Navigator’s Cabo de São Vicente was once believed to be the end of the world 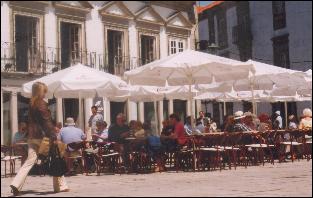 — standing at either one of them won’t fail to impress you and make you understand why so many voyages of discovery departed from here.

Portugal is also a major golf destination and offers some of Europe’s top leisure complexes and resorts. Vilamoura, Quinta do Lago, and Vale do Lobo offer the most sophisticated facilities, while closer to the capital there’s the choice of top golf courses and Europe’s largest casino in Estoril, world-class surfing in Cascais, and golden sand in Troia. Beach lovers will have to make some tough choices throughout most of the country, as the coastline seems endless, offering some of Europe’s finest sandy beaches, most with the European Union’s Blue Flag for excellence. 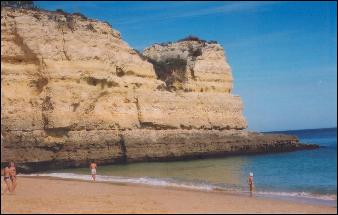 There are more opportunities to enjoy the outdoors in the natural parks of Arrábida and Serra da Estrela, Buçaco forest, and Gerês National Park – ideal destinations for walkers and nature lovers. True wilderness is found in Montesinho Natural Park, while calm, relaxing moments in a cruise down the Douro River and surrounding wine region (with its magical World Heritage landscapes) is an experience to remember.

All of these aspects of Portugal are explored on this site. All you need to do is click on the links on the left. To help you decide where to head first, take a look at the list below and for more information on the best of Portugal and its regions, see our main Portugal page.