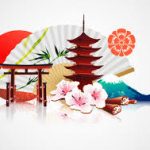 Just as far is Japan from England, so is its language from English.  Much  gets lost in translation due to cultural differences as well as way of thinking and viewing the world.

L.A. Translation knows how to overcome the language barrier between Japanese and English.

LA Translation has translated millions of words of Japanese patents in countless scientific, industrial, and technological fields, including but not limited to chemical engineering, mechanical engineering, electronic engineering and electric engineering. Our certified Japanese translators have MA’s or PhD’s in their respective fields, and our Japanese editors will check the final products for linguistic quality. Customers who have had bad translations from other prominent translation companies bring them to us for proofreading, and we usually end up re-translating the whole thing. Most of our patent translation customers started their relationship with our company more than 5-6 years ago, and they always come back to us for patent translations because they know they cannot get the same quality of service anywhere else.

If you are looking for an expert Japanese translator who can translate what others gave up due to lack of expertise, you’ve come to the right place — LA Translation

Business Etiquette and Protocol in Japan