A useful phrase to know when traveling to any football-loving country. Shout as needed at the television, radio, or, when possible, the referee himself. 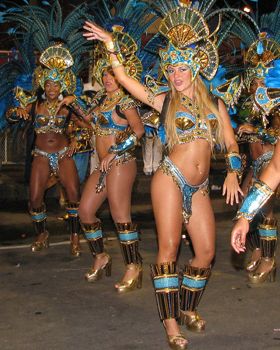 As my Portuguese professor once explained to me, Brazilians tend to avoid saying no. When they do say no, however, they say it as emphatically as possible. If you really want to be clear, tack on another não to the end of the sentence.

One of the most useful slang words in the Portuguese language, you can use legal to describe a whole host of things. People can be legal, as can clothes, places, and, ironically, gangster rap.

Brazilian Portuguese and European Portuguese are two very, very different dialects. So different, in fact, that Brazilian TV shows are frequently translated and broadcast with subtitles in Portugal.

Even if you already speak Brazilian Portuguese, you’ll probably need some practice before you can understand speakers from Europe or Africa. 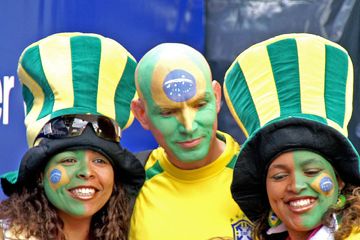 It’s unfortunate, but Brazil is one of the most unequal countries in the world in terms of income distribution, and most major Brazilian cities have several favelas, or shantytowns.

While the favelas and their residents have made many important contributions to Brazilian society and popular culture, they can also be very dangerous places, especially for visitors.

A pretty simple pickup line. I take no responsibility for what happens if you actually try to use it.

“What the hell…who designed this city? It makes no sense!” (for trips to Brasilia) 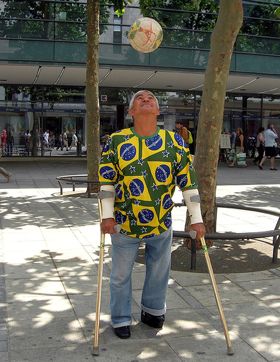 In 1954, Brazil’s government decided that the country needed a new capital. So, they did the logical thing and built a giant, airplane-shaped city called Brasilia in the middle of nowhere.

Oscar Niemeyer was hired to fill Brasilia with unusually-shaped buildings.

Lindo maravilhoso is a Brazilian idiom which literally translates to “beautiful marvelous”. You can use this phrase to smooth things over with any Brazilian friends who may have just heard you publicly mocking their capital.

How can Brazil be the world’s largest Catholic country, the world’s party capital, and an industrial giant to boot?

Why did Brazil lay out its capital in the shape of an airplane and stick it in the middle of nowhere?

What do you think of the phrases above? How’s the grammar? The author is not a native speaker, so if you notice any mistakes or have other suggestions, please leave a comment below!

Be sure to check out Ernesto Machado‘s excellent article 10 Tips to Improve Any Trip to Brazil.

Finally, for the tragic story of the Brazilian boy whose smiling face illustrates our Community Connection to Brazil graphic, click over to Beija Flor’s Brazilian street kid gallery on Matador.